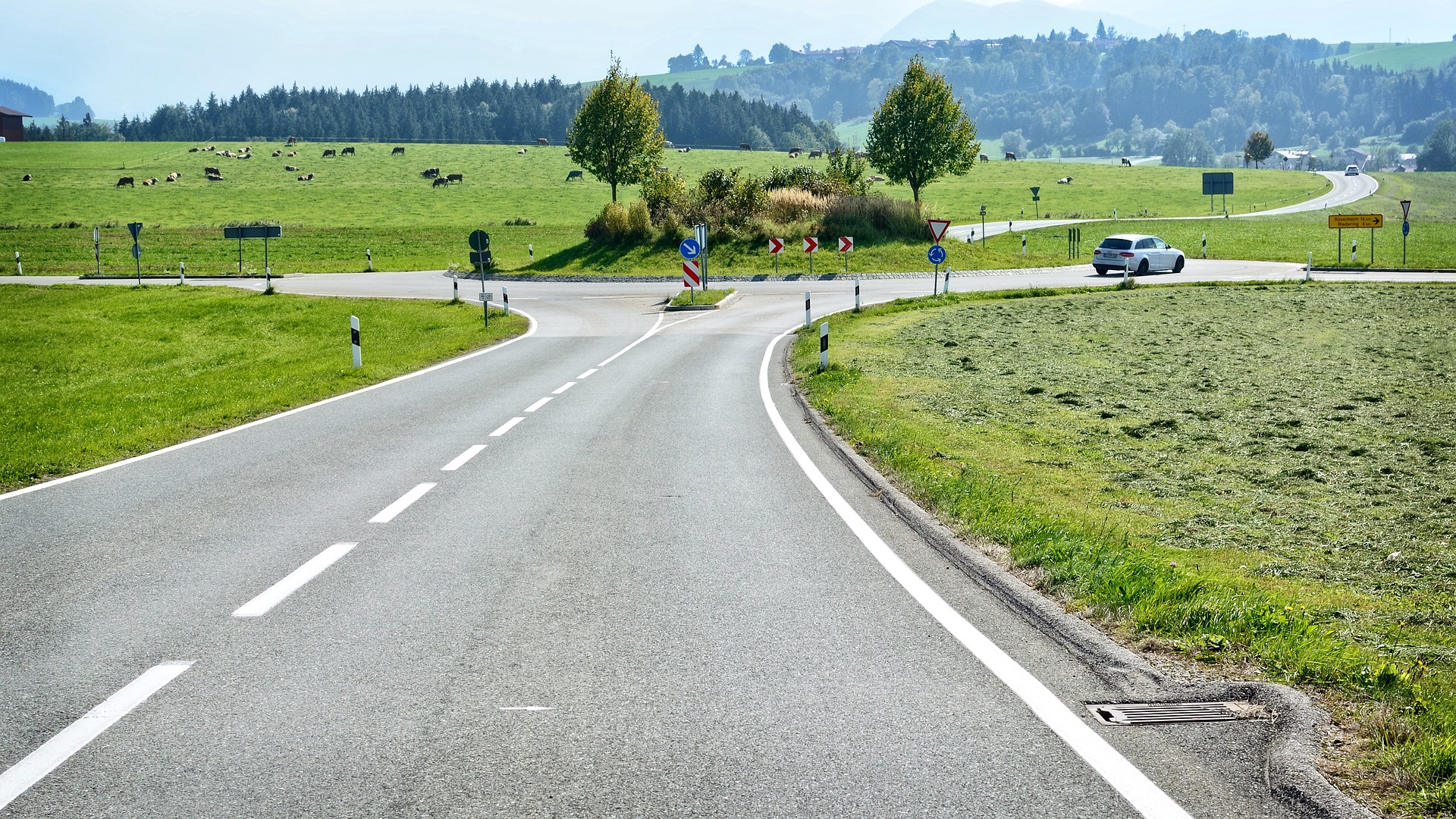 Photo by Image by Manfred Antranias Zimmer from Pixabay

I just want to share some thoughts that came to me as I was considering conflict in scene writing. I am going to use the same lay out that I do in my book Mastering Your Scenes., which is keeping things simple so they can be easily assimilated and put into practice.

The teachings from family or important individuals that define the outlook and response to circumstances that are encountered as well as those an individual sets for themselves.

While it may be somewhat obvious, I believe it is worth saying, that values are a powerful component of both internal and external conflict. In truth, they can be both a hindrance and driving force at the same time.

Typically, it is easy to see the antagonist as lacking values but even they are driven by their own set of guidelines that they had been raised with or that they have rejected for a certain reason and replaced with others. When it comes to conflict, it is not a matter of labeling either the protagonist or antagonist’s values as good or bad or right or wrong. The importance is the understanding of how these values drive the internal and external conflict of them both. Of course, the other side of that is how these values hinder the internal and external conflict. To be more specific, I am speaking of the hesitation that is naturally produced when certain core values are challenged. With that said, any hesitation during physical conflict can prove to be fatal. On the other hand, things can play out where the character overcompensates or reacts too quickly instead of hesitating.

Let’s say the protagonist has the upper hand and is just about to slay the antagonist but they cry out for mercy and toss away their weapon and surrender. Yes, this has become cliché, but we all know how it usually plays out, with a backstab from a hidden weapon of some kind. The point is this is what I am talking about, the protagonist in this situation is momentarily stunned with an internal conflict of his or her personal values to show compassion, even to the most despicable or to uphold the honor of their own or some organization they belong to.

There was a TMNT 2003 episode where a character had the Turtles in a pinch that enjoyed collecting very rare beings. The Turtles were at a disadvantage but threw the antagonist off guard by using his own obsession against him. He used hundreds of robots to scan a life forms DNA and then collect them based on their rarity. He had spilled the beans that he was the last of his kind. With this knowledge they convinced him that instead of collecting them they knew of a more unique life form that was the last of their kind. Of course, this caused him to hesitate on capturing them as he wanted to know more about this life form. Then they tricked him to order his robots to collect this specimen. The Turtles announced that he was the specimen and since he had already given the command his robots proceeded with scanning his DNA and then collecting him, thereby freeing the Turtles from their precarious situation.

It is a perfect example of the powerful impact that values have upon both internal and external conflict. The importance of getting the most out of values in the conflict in your scenes is ensuring that your characters’ values are challenged to the point that it is justifiable to go against them.

Perhaps one of the greatest examples of values driving conflict is the fated decision that Darth Vader had to make when Emperor Palpatine was turning his son, Luke Skywalker, into a crispy critter. It was not until Luke called out to his father that those long-lost paternal emotions began to bubble to surface once more. For the many who are quite familiar with this scene you already know that those imbedded values of a Sith got tossed out the window along with the Emperor, or should I saw down a shaft.

Although this has to do with conflict, the time to implement this can vary throughout your narrative. It is important to give the reader some indication of the values that your characters possess as early on as possible when it comes to the protagonist. You will want to strive to draw attention to them through their interactions with other characters. In simple terms you need to make a habit of throwing your protagonist into situations where their values are going to be greatly challenged. While you are doing so you also want to get into their thoughts and have them recall what they have been taught and contrast that with the actions that they feel they are forced to take based on their current circumstances. If you want to really pull in your reader then work on bringing out the struggle before, during and after they have justified to toss them under the proverbial bus. You don’t necessarily need to make it complicated. At times it would be more appropriate to just have them briefly recall them as they are posed with a situation that makes them go against them. The excerpt below is somewhat an example along these lines.

Example (Excerpt from my work in progress Fulfilling a Vow: Searching for Answers)

“U-ten-the-rin,” growled Manitra. Her mellifluous voice portrayed her to be a young girl scolding her siblings. “What are you planning?” Emerging from the dissipating smoke, fluttering, tresses of silken, raven-black hair collapsed upon her shoulders and back as she drifted down like a feather onto the floor inside.

Dark navy-blue skin crinkled across the brow of his wide oval face. Beryl-green eyes riveted upon her like a feline stalking its prey. Utentherin’s lips, still locked in a devilish grin parted, ending moments of silence. His broad chest, chiseled with the smooth contours that resembled an impeccable stone masterpiece, shook heavily. The warehouse reverberated with the eruption of roaring laughter, rattling the contents of the pallets that blanketed the floor and shelves.

The brazenness of his remark mingled with the deep resonance of authority snapped Manitra’s senses to full attention. Not the faintest trace of levity remained in his tone. His eyes narrowed, casting down a gaze like a mighty behemoth about to squish the ant that scurried below its massive feet.

“The Xytlen Agency has no jurisdiction here! Could it be that you’re pursuing your own personal agenda? What of your oath, not to uphold your own interests above that of the agency?”

Utentherin’s lips curled into a sinister grin. It pleased him to see the folds of that satin-smooth, Carmel-brown skin as it bunched up tight between her eyebrows. It was apparent that his diatribe had born precious fruit.

She paused to swallow down the lump in her throat. She had already come to terms with the gravity of defying her oath as it was well ingrained in her from her youth never to do so. Or so she thought. But not being indecisive was also ingrained into her very being. With a huff, she brought her eyes back up meeting his steely gaze head on. Her voice now full of confidence as she recalled the vow she made so long ago.

Prior to the excerpt above Manitra has just caught up with a major player of the organization responsible for her parents’ demise. It has been 50 years and this is her only lead. In pursuit of this lead, she abandoned her duties to get some answers. By this point the reader is aware of all of this from the events of the previous chapter.

The first clue that she is at odds with her values is in Utentherin’s response below:

“The Xytlen Agency has no jurisdiction here! Could it be that you’re pursuing your own personal agenda? What of your oath, not to uphold your own interests above that of the agency?”

Through her reactions that begin with her face, then her speech, and at last the internal reflection you can see how the value conflict has taken the wind of bravado she had shown in the beginning out of her proverbial sails:

Utentherin’s lips curled into a sinister grin. It pleased him to see the folds of that satin-smooth, Carmel-brown skin as it bunched up tight between her eyebrows. It was apparent that his diatribe had born precious fruit. “W-What you say is true.” She paused to swallow down the lump in her throat. She had already come to terms with the gravity of defying her oath as it was well ingrained in her from her youth never to do so. Or so she thought.

Finally, she teeters back along the lines of justifying going against her values due to her personal vow to get revenge for the deaths of her parents, which has already been clearly expressed in the previous chapter. In the excerpt below her vow helps end the hesitation brought on by the value conflict:

But not being indecisive was also ingrained into her very being. With a huff, she brought her eyes back up meeting his steely gaze head on. Her voice now full of confidence as she recalled the vow she made so long ago.

Helpful Prompts for Your Characters

I lay no claim to originality of these prompt ideas above as you should be familiar with all of them from movies or books that you have happened to read but it does not hurt to refresh your memory. By no means stop at the few that I provided but do some brainstorming to come up with as many situations and ideas as you can as they apply to the scene in your work in progress.

I challenge you if you are not doing so already to look at your current scenes you are working on or those you have already done in your current work in progress and see how you can turn up that conflict a notch or two by utilizing the power of values.

If you want more great tips to take your conflict to the next level and keep your readers begging for more check out my posts on The Key to Conflict Part I and II. The link to Part I is below, as always your thoughts are much welcome, tell me what you think in the comment box below.

Click the arrow below to read The Key to Conflict Part I.