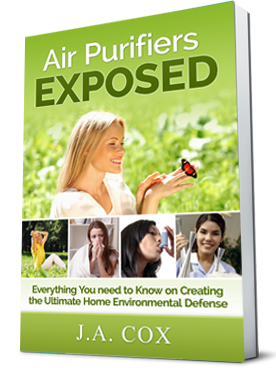 Did you realize that you are already in possession of the best state of the art mechanism of air filtration known to man? It is a fact and a very powerful one at that. In actuality you were born with it. That’s right, all of us were, and it just so happens to be nestled on the center of your face–your wonderful nose. It is truthfully your only and most powerful form of biological air filtration, and under normal circum-stances it blows away all of the competition. Note my comment, “under normal circumstances”, meaning that it has the ability, like any man made filter, to become compromised.

Here are some reasons why your nose can become compromised:

While all of these are serious, the one that is the most likely to impact on you, is the fact that you don’t use your nose for the correct pur-pose it was created for. Adam (1913) demonstrates the important func-tional aspects of the nose:

The true respiratory orifice, the orifice of the respiratory cavity, is the nose. Like other orifices, it is the most sensitive area of, and when diseased is liable to set up spasm in, it’s correlated viscus (cf. irritation at neck of bladder, fis-sure of anus). Its widespread connections are illustrated by the analogy which Gowers has pointed out between a spasm of sneezing and tetanus. Both in-volve contraction of muscles in head, neck, trunk and limbs. The nasal mu-cous membrane derives general sensation through the fifth nerve, which is al-so its vasomotor nerve ; it is largely a specialized erectile tissue requiring con-stant vaso¬motor control. As Bosworth says : " The nasal passages contain an exceedingly important, perhaps the most important, and certainly the most in-tricate apparatus connected with the function of respiration, of the whole respiratory tract, and one on whose normal functional activity depends the in-tegrity of the whole of the mucous membrane of the respiratory tract below (p. 90 ).

You see your ultimate filtration system not only purifies the in-spired air, but it is also responsible for the supply of most of the mois-ture and heat of the inspired air. The function of your lungs is for the interchange of gases, and not the heating or moistening of them. There-fore it has been noted that nasal disease is apt to be associated with asthma in three ways: